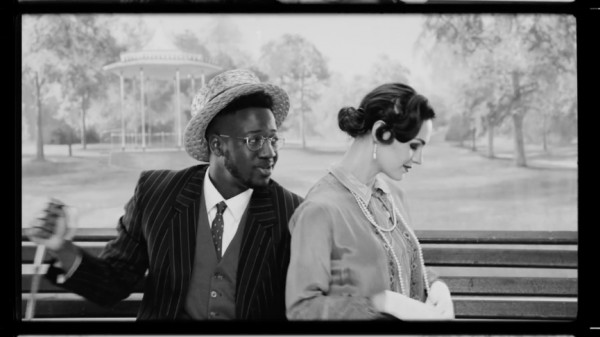 The concept for the video was crafted entirely by the 21 year old from Stevenage, which sees him put on his acting boots, shifting periodically through time, re-enacting scenes from old black and white movies, through to 90s hip-hop videos, up to the modern day. It was directed by Joe Connor, who also directed Kelvin’s award winning video for ‘Call You Home’, which saw a TV being sent into space.

After recent performances with X Ambassadors, a very well-received set at The Great Escape Festival, and a truly captivating display at a Notion Magazine show supporting Rationale, Kelvin will be performing across Europe during the coming months. The UK dates will see him showcase his exceptional talent at Cornbury Festival, Festival Number 6 and a headline show at London’s Barfly, as well as various dates across mainland Europe.

This site uses Akismet to reduce spam. Learn how your comment data is processed.